About us
For clients
Сompanies
Patners
Contacts
News
29.05.2020
Experts discussed options for international cooperation of R&D centers
25.05.2020
“Distributed R&D Centers: Experience and Future”: Open international webinar by RSBC and Radioelectronic Complex (May 28, 2020)
21.05.2020
Fighting the pandemic within the project of Shvabe and RSBC
All news
Currently on the platform

RT-Techpriemka is a subsidiary of the State Corporation Rostec. The company holds leading market positions in quality control of materials and semi-finished products for aerospace industry, civil and military engineering. More than 40 technical acceptance centers are located in Russian regions. Competence Center of quality management system of Rostec and Rostec-Certificate Certification Center are established on the basis of RT-Techpriemka. Rostec-Certificate Center carries out certification of management systems according to the Russian and international standards within the license agreement with Quality Austria GmbH.

On 1st March 2016 there was completed the process of merging of Ulyanovsk Instrument Manufacturing Design Bureau JSC and “UTYOS” OJSC, two leading enterprises of aircraft engineering industry, that have a rich experience, proud history and many years’ traditions in the field of development, manufacture and post-sale support of the complexes and avionics systems for aircraft and helicopters, automatic control systems for ground vehicles and hydroelectric engineering, car components and medical equipment.

This merge was a result of logic accomplishment of many years’ rapprochement process of two related enterprises existing on the same industrial site for over 60 years.

UIMDB equipment is installed on aircraft and helicopters of the President and the Government of the Russian Federation as well as on aircraft of Russian and foreign airlines.

The enterprise is included into «Concern Radio-Electronic technologies» JSC «Rostech» State Corporation structure and has a status of Competence Centre on airborne equipment complexes for civil helicopters.

UIMDB JSC actively cooperates with the Government of Ulyanovsk region, takes part in federal and regional special-purpose programs as well as in implementation of such projects as «Ulyanovsk – aviation capital, «Ulyanovsk tech park», etc.

It is a part of the Concern for Radio-Electronic Technologies (KRET) of the State Corporation Rostec.

vCargo Cloud (VCC) is a leading Infocomm Technology (ICT) solution and service provider in Asia, specialising in offering trade and logistics related solutions to governments and enterprises worldwide. VCC is one of the fastest-growing tech companies in Singapore, with offices strategically located in China, Indonesia and Kenya. 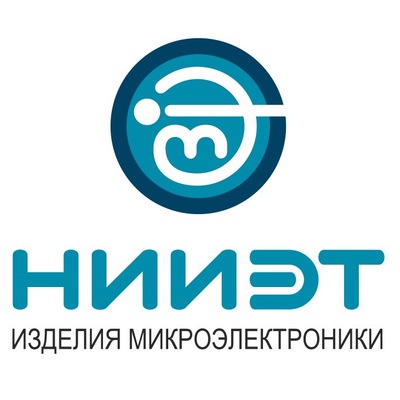 JSC NIIET is one of the leading manufacturers of electronic components in Russia.

The history of JSC NIIET dates back to 1961, when at the Voronezh semiconductor plant was founded Central Design Bureau.

In 1987 in NIIET there was established the country's first line for the production of integrated circuit crystals with topological norms of 2.0 microns in class 10 clean facilities with an area of 1200 sq. m. (the famous "Finnish" module).

Since 2003, NIIET started to develop, and since 2005 has organized the production of modern high-power RF and microwave field-effect transistors on DMOS and LDMOS technologies. At the same time, the maximum level of output power in continuous mode was reached in the KV-range-600 W (transistor 2P986AS); in MV-range-300 W (transistor 2P979V); in the DMV-range-150 W (transistor 2P980BS).

During the years of its development, NIIET has reached new heights in the field of microelectronics product development. It was developed and mastered more than 150 types of high-power microwave transistors and many integrated circuits for various purposes.

It is a part of Ruselectronics holding of the State Corporation Rostec.

The Roscongress Foundation is a socially oriented non-financial development institution and a major organizer of international conventions, exhibitions, and public events.

The Foundation was established in 2007 with the aim of facilitating the development of Russia’s economic potential, promoting its national interests, and strengthening the country’s image. One of the roles of the Foundation is to comprehensively evaluate, analyse, and cover issues on the Russian and global economic agendas. It also offers administrative services, provides promotional support for business projects and attracting investment, and helps foster social entrepreneurship and charitable initiatives.

Each year, the Foundation’s events draw participants from 208 countries and territories, with more than 15,000 media representatives working on-site at Roscongress’ various venues. The Foundation benefits from analytical and professional expertise provided by 2,500 people working in Russia and abroad. In addition, it works in close cooperation with 122 economic partners; industrialists’ and entrepreneurs’ unions; and financial, trade, and business associations from 69 countries worldwide.

AO AKB "NOVIKOMBANK" is a modern high-tech bank, one of the 25 largest Russian banks. The bank offers the full range of banking services in all segments of the financial market. Since being established, the Bank finances the most important projects of Russian real economy. Among it’s clients are high-tech machine-building, oil and gas and aircraft enterprises.

Business volumes are growing steadily - Novikombank's assets exceed 430 billion rubles. The corporate loan portfolio exceeds 283 billion rubles. Novikombank is a professional participant in the securities market and a member of the deposit insurance system. The Agency ACRA has assigned a rating of A (RU) to Novikombank, which means a high level of creditworthiness and reliability. “Expert RA” has assigned to the Bank a creditworthiness rating ruA with a stable outlook. The rating of the international agency Moody's is B1, the forecast is positive.

UEC is a vertically-integrated company producing engines for military and civil aviation, commercial programs, equipment of various strengths for generating electric and heat energy, gas pumping systems and marine gas-turbine units. UEC unites more than 85% of the industry assets and is a subsidiary company of the OPK (United Industrial Corporation) OBORONPROM.

Russian industrial company consisting of 700 organizations, including 22 direct management companies and 14 holding companies, five of which specialise in the manufacture of civilian products, and nine, in the manufacture of products for the military and industrial sectors. Rostec organizations are located in 60 regions of the Russian Federation, and company products are delivered to markets in more than 70 countries.

Activities: Created to further the development, manufacturing and export of high-tech industrial products, Rostec focused on supporting state policy to ensure the innovative development of the Russian economy. Rostec consolidates in strategically important companies, especially in the defense and high-tech industries, by assisting in the development, production and export. The ultimate goal is capitalizing of these companies and bringing them to an initial public offering.

The BG Market Company develops software applying personal approach to solving problems of any difficulty. We offer innovative ideas in the sphere of IT, unique developments of software products, information systems, self-service terminals and many other services and products. BG Market is a part of Biblio-Globus Group with 20-year experience of work and great working potential.

PJSC JSCB AVANGARD (founded in 1994, General License of the Bank of Russia No. 2879): A universal commercial bank providing all types of banking services, including a number of high-tech financial products that are unique on the Russian market. It ranks among the largest credit institutions in terms of the volume of key financial indicators. Serves over 100 Thousands of corporate and 1 million private clientsHas a dynamically developing regional network of 300 offices in 75 cities of Russia. It is a key structure of a large industrial and financial group. s, including agricultural and agribusiness companies, financial and investment companies, has a complete set of licenses and statuses required for banking activities. Conducts an audit of financial statements according to international standards since 1998, the auditor - KPMG CJSC. Has high ratings from international and Russian agencies: - Moody's Investor Service on the international scale - B2 / NP– “Rus-Rating” on the international scale - BBB-, on the national scale - AA-One of the leaders of the “National rating” of the Banki.ru portal.

REC is a governmental institute that supports export, that was established as a part of Vnesheconombank with a support of the government of Russian Federation. The center provides one-stop-shop financial and non-financial support to Russian exporters – where businessmen can get wide variety of services from holding initial consultations to the help with export transaction processing.

RZD Logistics is an affiliated company of JSC “RZD” was established on November 19th, 2010 in the framework of the logistics business development within Russian Railways Holding. The company has 27 branches in Russia, works in cooperation with more than 250 partners and launched 4 joint ventures.

Malaysian Banking Berhad is a holding company with branches in Malaysia, Singapore and other international financial centers, such as London, New-York, Hong Kong and Bahrein.

KPMG operates as a global network of independent member firms offering audit, tax and advisory services. KPMG is one of the biggest audit and consulting firms.

Transportation company R.T. Logistic specializes at international cargo transportations. We carry out our activities in several most essential fields

Included in the holding "Ruselectronics" of Rostec State Corporation

Concern «Sozvezdie» is the integration of electronics enterprises in Russia.

At present the Concern consists of 20 enterprises specializing in electronics, each of which has its own line. The head enterprise of the Concern is Voronezh Research Institute of Telecommunications founded in 1958. It became the base for the establishment of what we now recognize as Concern «Sozvezdie».

The Concern strives to develop and produce high-tech control and communication intellectual systems, radio electronic warfare and special equipment to meet the needs of the military forces and other special institutions. The Сoncern aims at developing modern systems and facilities, civil and telecommunications products on the basis of the latest research and technology achievements and innovative technologies.

Concern «Sozvezdie» focuses on 3 key lines of production which include:

Functioning as a whole organism the Concern followsseveral main lines of activity. It focuses on developing and producing such items as:

The Concern regularly participates in international and interregional exhibitions in Moscow, St. Petersburg, Zhukovsky and Voronezh where the company displays its goods and technologies.

The long and rich history of Concern«Sozvezdie» together with the high qualityspecialists and respect for the traditions of the company help the Concern to stay at the top of the Russian electronic industry.

Included in the holding "Ruselectronics" of Rostec State Corporation

The main activities of Shvabe are the development and serial production of optical and laser systems and complexes, modern optical materials and technologies, high-tech medical equipment, aerospace monitoring systems and remote sensing of the Earth, instruments for scientific research, energy-efficient lighting, nanomechanics, and other high-tech products. The range of products manufactured at the enterprises of the holding exceeds 6500 units. Shvabe has unique technologies in the development and production of optical materials, acoustooptics, low-temperature optics, high-energy lasers, as well as in the processing of large-size astronomical optics.