My accountSign up
sales@rstradehouse.com
en

About us
For clients
Сompanies
Patners
Event management
Contacts
News
16.05.2022
SWIR-camera "Shvabe" was awarded the Innovation Day of the Russian Ministry of Defense
16.05.2022
RT-Techpriemka conducted an audit of the Nacimbio holding for compliance with the national standard
16.05.2022
Rostec opened a new production of mobile communication and control systems
All news
Currently on the platform 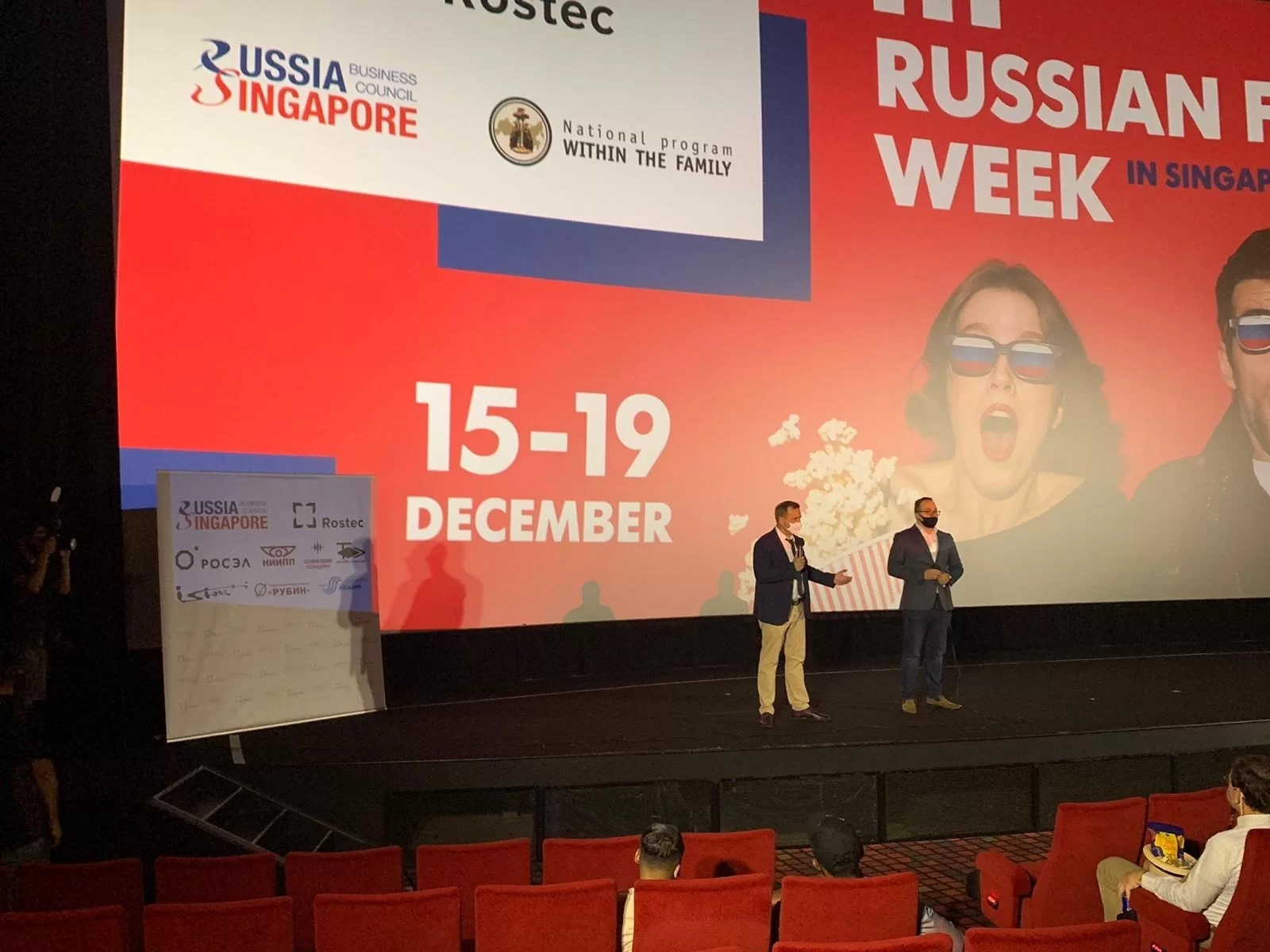 In the period from December 15 to December 19, 2021, III Russian Film Week was held in Singapore. The event was organized by Russia-Singapore Business Council and Within the Family Nationwide program with the support of State Corporation Rostec. Films were presented at The Cathay Cineplex and at the Center for Overseas Promotion of Russian High-Tech Companies and the Presentation of investment projects in Singapore of the Russia-Singapore Business Council as a part of the “National Unity Day” celebrations.

The program of the III Russian Film Week included following works: Son of a rich, My Little Sister, A Dog Named Palma, Girls Got Game, The Last Warrior: Root of Evil. All the movies are family films that make you think about the importance of family, friendship and mutual understanding.

On December 15, the Opening Ceremony was held, which was attended by: Arslan Krymchurin (actor of My Little Sister); Viktor Dobronravov (actor of A Dog Named Palma); Zarina Mukhitdinova (actress of Girls Got Game); Aleksandr Samoylenko and Mariya Mironova (actors of Son of a rich); Vladimir Grammatikov (director, producer of The Last Warrior: Root of Evil). In 2019, at the Opening Ceremony of the I Russian Film Week Vladimir Grammatikov personally presented the film The Last Warrior.

"Our online platform will bring together well-known Russian producers, directors and actors who starred not only in Russian films, but in the foreign ones too. Therefore, we hope that some of them will be recognized in Singapore too. We hope that the III Russian Film Week will bring great interest of the audience. And there will be upcoming impressions, talks and interactions," - N.A. Volobuev said.

"The film screening aroused great interest among both locals and Russians, who currently lives in Singapore. It generated considerable excitement, there was not a single empty seat left. A full house!" - Pronin S.E., Deputy Chairman -Executive Director of the Russia–Singapore Business Council, commented.

During the week of film screenings in the cinema, the event was attended by more than 680 people. The Opening Ceremony of the III Russian Film Week averaged about 1.5 million viewers in online format (in Odnoklassniki and VKontakte social networks).

After the I Russian Film Week in 2019, which was successfully held and gathered about 4 thousand people, Intergovernmental Russia-Singapore high-level commission decided to hold the event annually. In 2020, the film screening was held in a hybrid format with more than 1 million viewers on online platforms. We hope that next year we will be able to interact in person with the citizens of Singapore, strengthening the bonds of friendship, cooperation and cultural ties - N.A. Volobuev highlighted.